An optional description where you can introduce yourself and your related expertise for what you are selling.

Get a free sample of our product

How an IM'er Can Make a Difference in Someone's Life

Be Where Your Audience Is 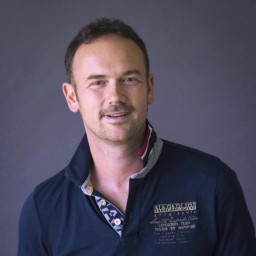 If you’ve read my first book, 5 Bucks a Day, you realize how strongly I feel about focus as being a predictor of success.

In the book I talked about how it was in 2005 that I sat down with myself after 3 long years of constant failure, told myself that I had to quit chasing what I now call “bright shiny objects”, and simplify things.

Bright shiny objects are the little things that glitter in your path as you move along in life. Things might be going relatively well, but a BSO will distract you from what’s working, and pull you off the path to something that looks enticing but is really just a distraction.

Although many other traits in your power arsenal are also essential, I truly believe that focus is the driving force of them all.

Unfortunately, it isn’t obvious how truly essential focus is to your success. What becomes obvious is what happens when you lack focus. You’re distracted from essential tasks. You become unproductive. You don’t get things done that need to be done. You start feeling frustrated. You begin to believe that you can’t reach your goals, or you stop setting goals altogether, or at best you set simple goals that are easy to reach and not the “stretch goals” that can truly change your life.

Worst of all, the BSOs that contribute to your lack of focus cause you to feel unworthy of success altogether because you think that you aren’t capable of performing up to your capability.

You see, you are indeed capable of doing multiple things, but usually not at the same time unless they’re trivial tasks. If you try to do multiple important tasks at the same time, none of them will get done well.

Chase two rabbits… both will escape.

One reason that chasing BSOs is detrimental to your success is that it’s a common symptom of procrastination. You might actually be trying to sabotage yourself by procrastinating on a task because you secretly have a fear of success.

Hardly anyone ever admits to a fear of success, but it’s very, very common.

You might fear success because you don’t want to leave your comfort zone. You’ve lived your entire life doing things a certain way, with a certain income, a certain set of friends, your family has adapted to the lifestyle you’ve allowed them to become accustomed to, etc.

Getting out of that comfort zone exposes you to unknown results, so rather than focus on doing what it takes to change, you let yourself be distracted, delaying the task that you should be working on.

So you don’t change, and you’re comfortable… but you’ve sabotaged your personal progress.

Fear of success is much more powerful that a fear of failure because most people aren’t even aware that they have this fear, and will resist being accused of it. You can’t begin to change a habit that you’re unaware that you have.

Awareness is indeed half (or more) of the battle.

I remember the Pogo comic strip, which is quite likely well before your time, and one of the famous and so appropriate quotes was "We have met the enemy and he is us."

Learn to be aware of who the enemy is, and root him out of your mindset.

What is there that you’ve been wanting to do, or wanting to learn, for years?

Let’s say that you (like me) wanted to become really good with a complicated software tool like Photoshop.

Right now I’m scared to death of anything that involves graphics, and I resist doing things that require them, even though they would be great for my business.

So I keep going along my merry way doing other things besides learning Photoshop.

How long do you think it would take to become proficient and comfortable with Photoshop if I really sat down and focused on it, ignoring everything else for as long as necessary?

One of these weeks I’ll do it. Really I will. Until then I’ll advise you to do as I say, not as I do.

What have you always wanted to get good at? A programming language or HMTL or CSS? Running webinars or Google hangouts? Podcasting? Pay per click advertising?

It isn’t that you can’t do those things, it’s that you haven’t focused on learning how to do them yet.

Focus and you’ll be able to achieve much more than you ever thought possible in ridiculously short amounts of time. You can do anything you want to if you focus on it.

Did you ever try to keep track of how much time you actually spend each day doing tasks that contribute to your progress, your success, your income?

I’ll bet if you did, you’d be amazed at how much time you’re actually consuming that does nothing to move you forward. You check emails, you chat on Skype, you check your Facebook feed, and you watch all the funny videos. Then you contact someone to share those funny videos with them.

And on and on it goes all day, until you reach the end, and you’re exhausted, and you haven’t accomplished much of anything at all.

That has to stop. You have to focus on the task at hand. You need to be accountable to yourself at least, and to an accountability partner if you want the ultimate boost. Telling someone you’re going to get something specific accomplished in a given day is a good way to force yourself to actually focus on that task.

Inside The IM Inside Track, we’re going to stress the importance of focus over and over, and I’m going to be giving you some concrete methods that will help you improve your ability to focus as well. Hopefully my suggestions will lead to eventual formation of habits that will make the art of focusing second nature for you.

But until then, make it a conscious effort to be more focused on single specific tasks during your normal day, and I think you’ll be pleasantly surprised at the results.